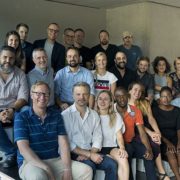 The Next Media Accelerator (NMA) is an institution in Hamburg’s startup scene by now. Meanwhile the seventh batch is already at the start. We introduce all the latest participants in a little series and start with two projects with which the NMA is once again breaking new ground: The Distriqt and Cloud Stories.

At the beginning of the NMA, it was said that there would be no plan to save journalism per se, but that they would be primarily looking for technical innovations for the media industry. It therefore took until the sixth round that with The Shotcaller, a website for the booming e-sports scene, a startup was supported which focused on content. In Batch 7 there is now another participant of this category: The Distriqt.

The Distriqt – a streaming chanel for modern women

That sounds like an American crime series. In fact, a TV show called „The District“ produced 89 episodes between 2000 and 2004. The Distriqt in its own way also wants to do television, but with a completely different approach. On its website the startup promises „Digital Entertainment for Female Millenials“. You could also say The Distriqt wants to become something like the Netflix for the modern woman. The comparison with the American streaming giant is less aimed at its global market position. Rather, it is based on a quality standard that is intended to set The Distriqt apart from a conventional YouTube channel, for example. Behind this ambitious project is the media scientist Charlotte Richter-Kiewning. She worked for Studio Hamburg and Arte, among others, and in an agency she cared for creative minds from the fields of direction, camera and screenplay.

Her streaming service should contain non-fictional content in the length of 3 to 30 minutes. For women, but not dogmatic-feminist, intelligent and innovative, but also light and entertaining. Surveys have shown that there is a need for such an offer, against payment and without advertising. However, a broadcast start is not expected in the near future; first clips will be tested via Instagram, but even there they are only at the very beginning. Therefore the startup is looking for big media partners and prominent advocates, who should provide for contents and admittingness. The Distriqt’s story could actually be as exciting as a thriller.

Cloud Stories – the next generation of VR cameras

While even journalistic formats are the exception in the Next Media Accelerator, one category hasn’t been included at all so far: hardware. This is now changing with the Polish startup Cloud Stories. Its founder Adam Roszyk develops a camera for augmented and virtual reality images. If you google the term „VR camera“, you’ll get a lot of hits today. However, these are devices that take 360-degree pictures. Although they deliver impressive images, they offer what constitutes „real“ VR, namely immersion and interaction, only in a very limited way. So far, shots of real places in which the viewer can virtually walk around are only possible with the use of a whole battery of cameras. Cloud Stories wants to change this and has 25 lenses in one device. This camera can then be used with a tripod or stabilizing gimbal. It is not yet suitable for mass use or small enough to be kept with you at all times, which is why it is so far only intended for professional use.

The business idea is that directors and filmmakers can rent it for 2,000 euros a day. The offering also includes the further processing of the image data. Cloud Stories is therefore not just a hardware company, but also develops the appropriate software. Adam works a lot with freelancers and has outsourced most of the tasks to keep his startup lean and to move forward faster. He has already won some investors for Cloud Stories, and during a three-month stay in Los Angeles he received a lot of positive feedback from the film industry.

Of course, the international competition is not sleeping; Google is working on a similar project, and who knows who else is tinkering on VR in Silicon Valley. However, Cloud Stories is already quite far and wants to test the first prototype as early as next month. So it will be interesting to see to what worlds this startup will take you on the traditional demo day at the end of the six-month program of the NMA. 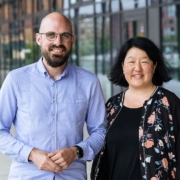 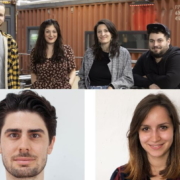 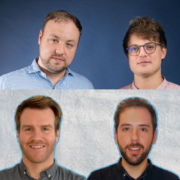 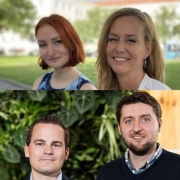 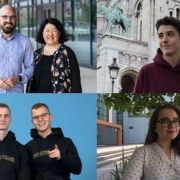 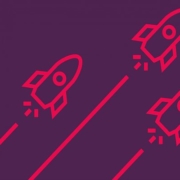