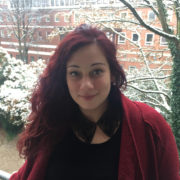 Marina Stechmann, née Sanchez, has been living in Hamburg for the past four years. The 30-year-old Frenchwoman was visiting a friend in Hamburg in spring 2012 who was getting married. She was only supposed to stay a few days to help with preparations but she „fell in love with the city and because I did not really have any perspectives back in France, I decided to do something daft. Let’s stay in Hamburg and see what happens!“

The biggest challenge at first was the language. „I did not know a single German word when I first arrived,“ admits Marina. „But to be honest, in Hamburg, it really does not matter that much. If you speak English, even at a basic level, you can make do without any problems.“ Still she felt she had to get a grasp of the language for the sake of her own integration. „German is a very hard language to learn from French. And I started at 26! I was quite lucky though, I subscribed to an integration language course. It’s a six-month course, five days a week, five hours a day – German from scratch for foreigners from all over the world. The fees are very low because it’s sponsored by the state and you reach a B1/B2 level at the end of the course.“ Meaning Marina could handle most conversations in German, read newspapers, and write simple texts in German. Time to go to work

Marina, who loves goat cheese, wintertime, and rock from the 70s, was then ready to delve into the German job market. „The great thing about Hamburg is that the economy is sound and thriving,“ says Marina. „Finding a job is a lot easier than I thought. I had two job offers after only a few weeks of research.“ Eventually she decided to join Buddy & Selly, an online retailer. „Buddy & Selly is a platform where you can buy second-hand luxury fashion items – clothes, shoes, bags – but also sell your own, either by dropping by or sending your items by post,“ explains Marina. „I work in returns, acquisitions and logistics.“  And that’s her favourite thing about startups. „You can learn so many things in very little time. It’s a great opportunity to see different parts of a company and hone your skill set. Even if the salary is usually lower than in bigger concerns, it’s still a major plus to me.“ Yet not everything was great from day one. „Apart from the difficulties with the language itself, I had to learn and adjust myself to the German startup culture. For example, the relationship with your employer is blurrier. You address them with the Du form and go out drinking after work with them, that’s something rather unthinkable from my professional experience in France.“

Marina is also very happy with her life in Hamburg outside work. „Hamburg has a very young and experimental street art culture. People are more open to new forms of art. Perhaps it comes from the fact that Germany does not have a strong artistic identity, historically speaking. It is more inclined to welcome artistic and cultural aspects from other civilisations.“ The prosperous economy also fosters that kind of open-mindedness. „People have the means to spend money on other things than their basic needs,“ she explains. „It’s a very comforting feeling and I believe it is great for the startup scene too. Unlike in France, the enthusiasm here is tangible. Investors feel more confident in the success of companies they invest in. Entrepreneurs are carried by their passion and excitement, thus working more freely and more efficiently.“ Marina Stechmann hopes to jump in the startup wagon one day too and start her own business. Stay tuned…

Thank you for the lovely interview, Marina! 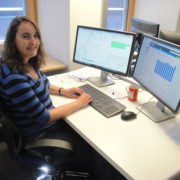 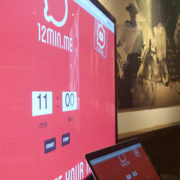 12min.me reaches for an international scope with Worldwide Playground 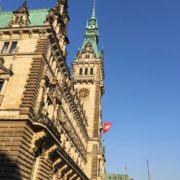 New in Hamburg? Our step-by-step guide for newcomers 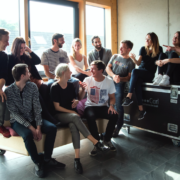 Tell me how you met your co-founder, I will tell you how your company will do. 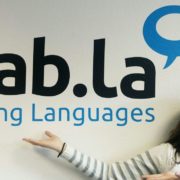 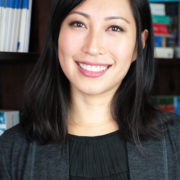 What is hellomonday – startup review