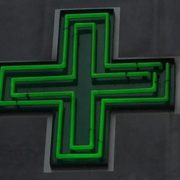 It’s a small room in the AIDA Entertainment House, around the corner of Hamburg’s iconic street Große Freiheit. Just a few desks, a couple of computers, a geeky decoration on the few shelves, and posters pinned on the walls. This is the office of PatientZero Game and Emerge. The team of four is silent, busy striking their keyboards at a fast pace. Work goes first, chitchat can be made over Skype, whenever one has time to reply.

Georg, Arne, Fabian and Annabelle work together on Emerge, the first game PatientZero has released. Yet, it’s not an umpteenth online game with freemium content; PatientZero makes serious games. And that’s their motto. In Emerge, you get to play as a doctor. Or, to be more accurate, you get to work as a doctor. And, as a doctor, you will be brought to work on virtual cases with virtual patients but with very real diseases and symptoms.

How to put your medical knowledge into practice

It is a well known fact that medical students must ingest a considerable amount of information about medicine, treatments, protocols, anatomy and many other matters. But to put this information to good use and deliver an efficient medical service, you need to conjure up other skills. And Emerge is here to teach and train medical students and medical staff to channel and organise their know-how. In a 3-D environment, you navigate through a virtual hospital, with the help of a mentor and tackle the emergencies, one by one. Get the information about the incoming patient from the nurse, dispatch the patient to an examination room, asks the right questions to establish your diagnosis and so on. In the middle of the procedure, you are interrupted by another incoming patient! You thus learn to act fast, prioritise emergencies and optimise your time. With Emerge, you learn how to deal with real-life issues. A game written by experts for students

The project originated from an idea of Dr. Tobias Raupach, of the University of Göttingen (UMG) and is carried out by Georg Treml and his team in Hamburg. They leveraged funds from DocCheck, the German medical community, and Guano, specialised in investments in healthcare start-ups. Since 2013, they have accomplished a considerable amount of work, with the help of medical experts. The content is created and verified by the latter, ensuring a game of quality and a reliable training.

„Not anyone can access the backend interface, it is secured via login and only doctors, who want to participate, can edit the existing content and create new scenarios“, explains Arne, co-founder and programmer. „The interface might not be the most user-friendly one, but after one or two hours of training, they [the doctors] are good to go and can write their own virtual medical cases.“ The current version of the game comes with 50 existing cases, however there are no limits to the potential amounts of cases.

While the first version of Emerge is single-player and only available in German, the project has a lot of potential growth. Upon writing these lines, there is virtually no competition in this specific area of gaming and training. If the project, currently being tested in UMG, turns out to be successful, it could become a standard tool for medical training worldwide. The efforts for localization would be minimal since procedures and hospital best practices are very similar, though not identical, all over the world.

„In time, Emerge could become a real-time, multi-player simulation game, in which each player would take up a different role to have a complete medical staff team, from receptionists to surgeons,“ says Treml. A student version of Emerge is also in motion, stressing the entertainment aspects of the game, while keeping the medical jargon and the learning benefits from the experience.

Is Emerge then just for medical staff?

The main target group is, quite obliviously, medical schools and hospitals. The game can be easily downloaded for a monthly subscription and you can then make your debut as a medical officer. The casual gamer might not be interested in a technical game, but this still needs to be confirmed. Curious about Emerge? If you speak a bit of German, you can download a trial version for free. As a newbie to the world of hospitals, I had a fair bit of fun!

The graphics looks slightly dated compared to other 3-D games, but it has a certain charm to it. I will cut it some slack, given it is a training tool after all. I enjoyed learning about the different steps to follow in a hospital and diagnosing (successfully) the patient. The technicality of the terms used can be off-putting at first, but I found them to be manageable. I had more of a shock from the very real looking pictures illustrating the inflamed tonsils of my poor patient, Brigitte! I’m not sure I would pay for it, but I most definitely recommend trying out the free version. And, in case you’re wondering, yes, I saved Brigitte’s life.

PatientZero Games is currently looking for another investor to push the Emerge game forward.